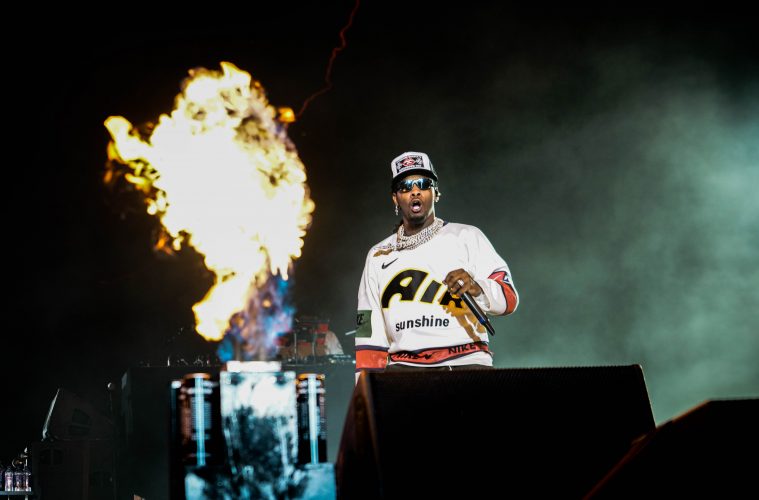 ‘Day n Vegas’ made its debut in Vegas last weekend with some of the biggest names in hip hop. From J. Cole, Kendrick Lamar and Migos to Future, Tyler the Creator, 21 Savage and Lil Uzi Vert to name a few. We had music photographer Zach Rataski on the ground capturing all of the highlights from the weekend. 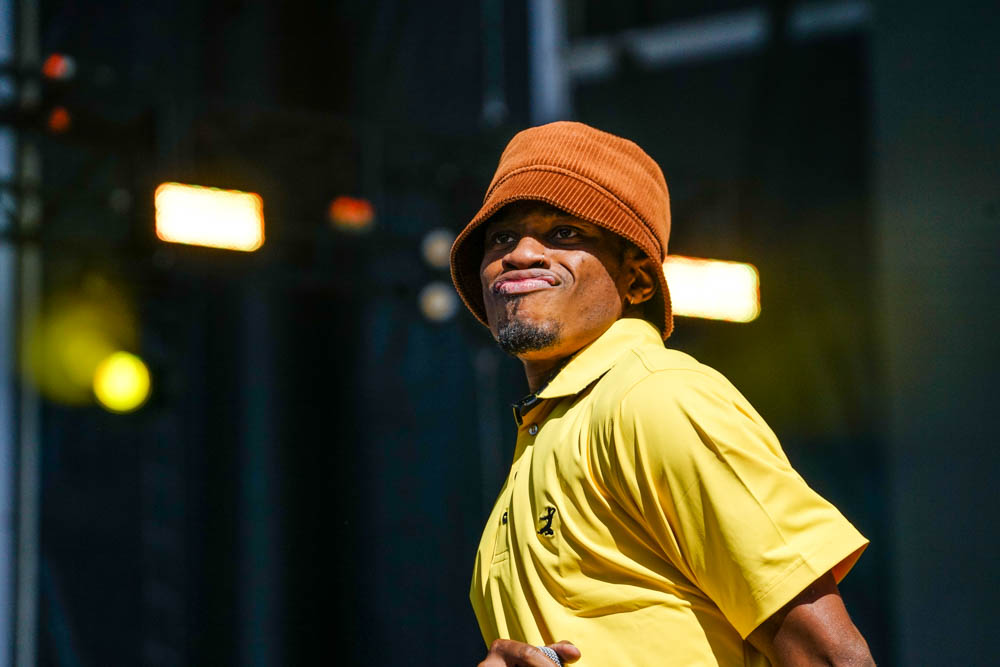 Day one opened with Denzel Curry on the Jackpot stage (main stage). As soon as he walked out on stage, he brought with thim as certain type of energy and joy. His stage presence was killer and once the beat dropped for his song ‘Speedboat,’ the crowd was bouncing. 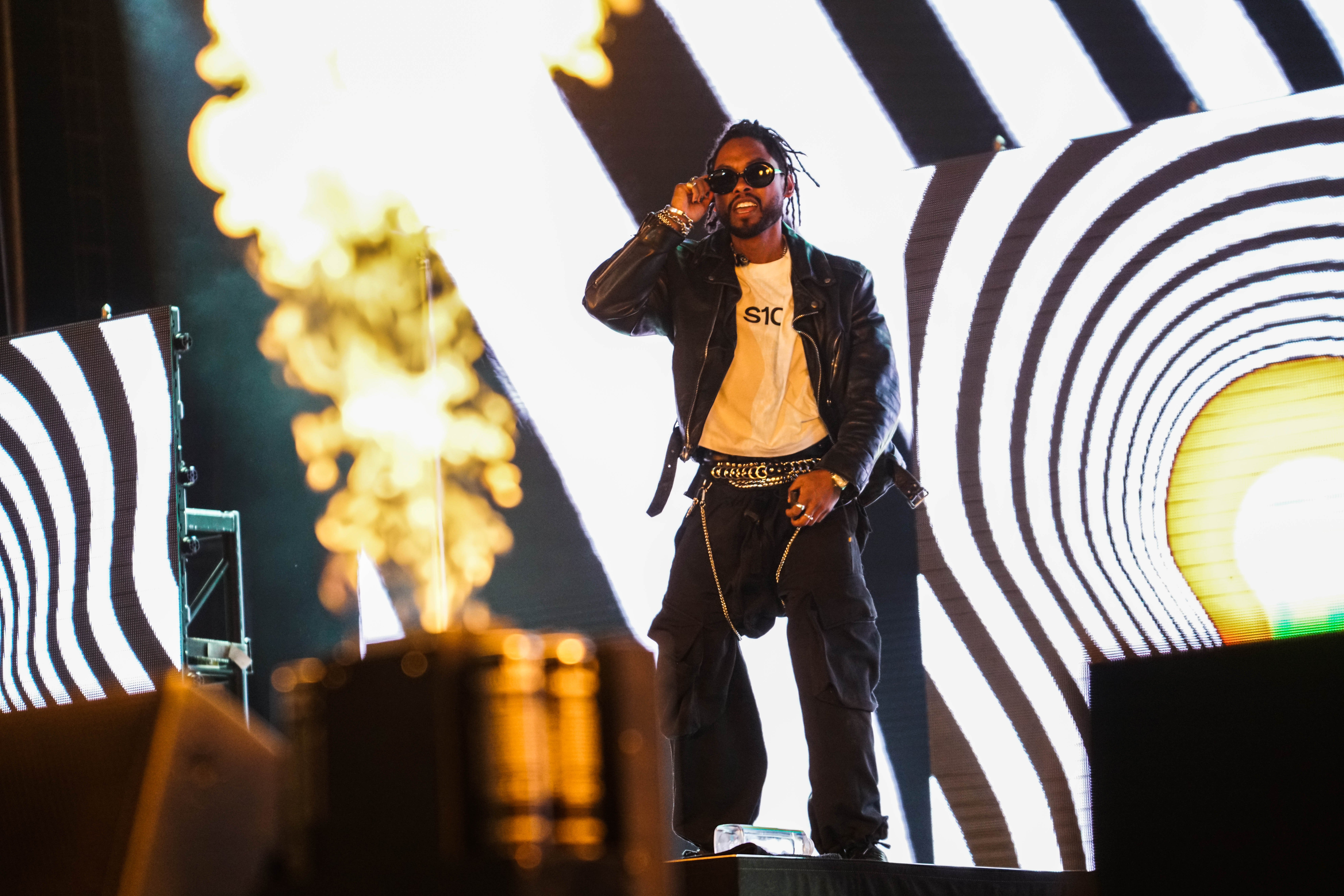 Miguel also performed on day one and brought an electric vibe to the stage. One of the first acts was with crazy pyrotechnics and his whole performance really draws the crowd in. His voice will leave you with goosepbumps and his dancing will get you in the mood to move. 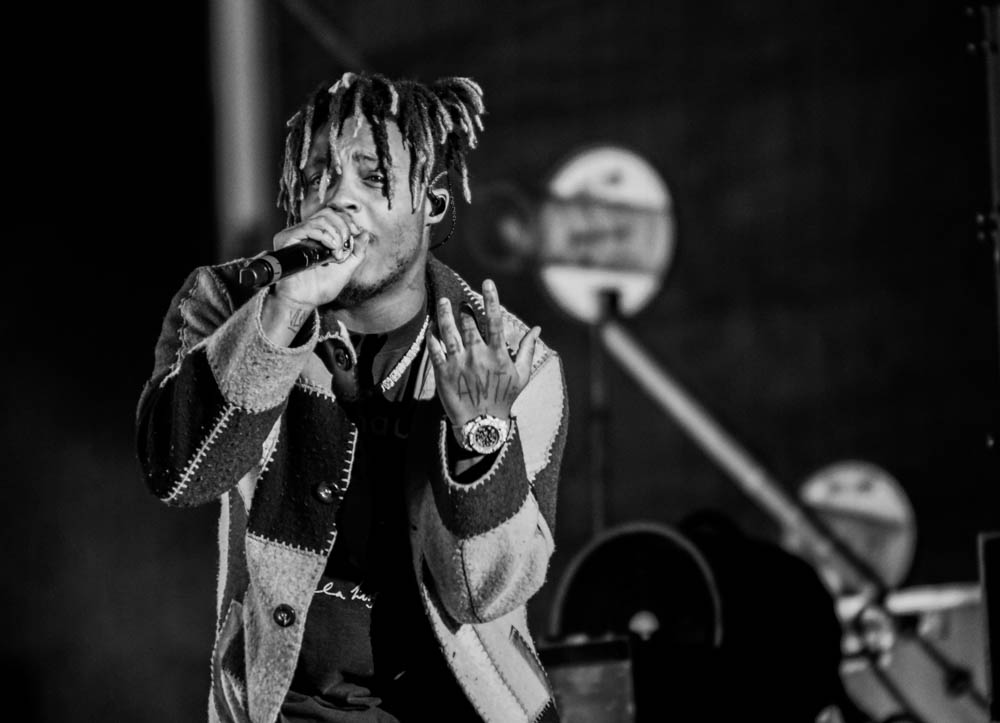 Juice Wrld recently transitioned to having a drummer and guitarist on stage and it’s a whole different show he puts on now. He is a Rockstar. Fans in the audience were singing his lyrics from the moment he came out until his last footstep on stage. From songs like “Lean Wit Me” to his song “Legends.” Juice Wrld left a lasting impression on the crowd and as they poured out the festival you could hear many people talking about it. 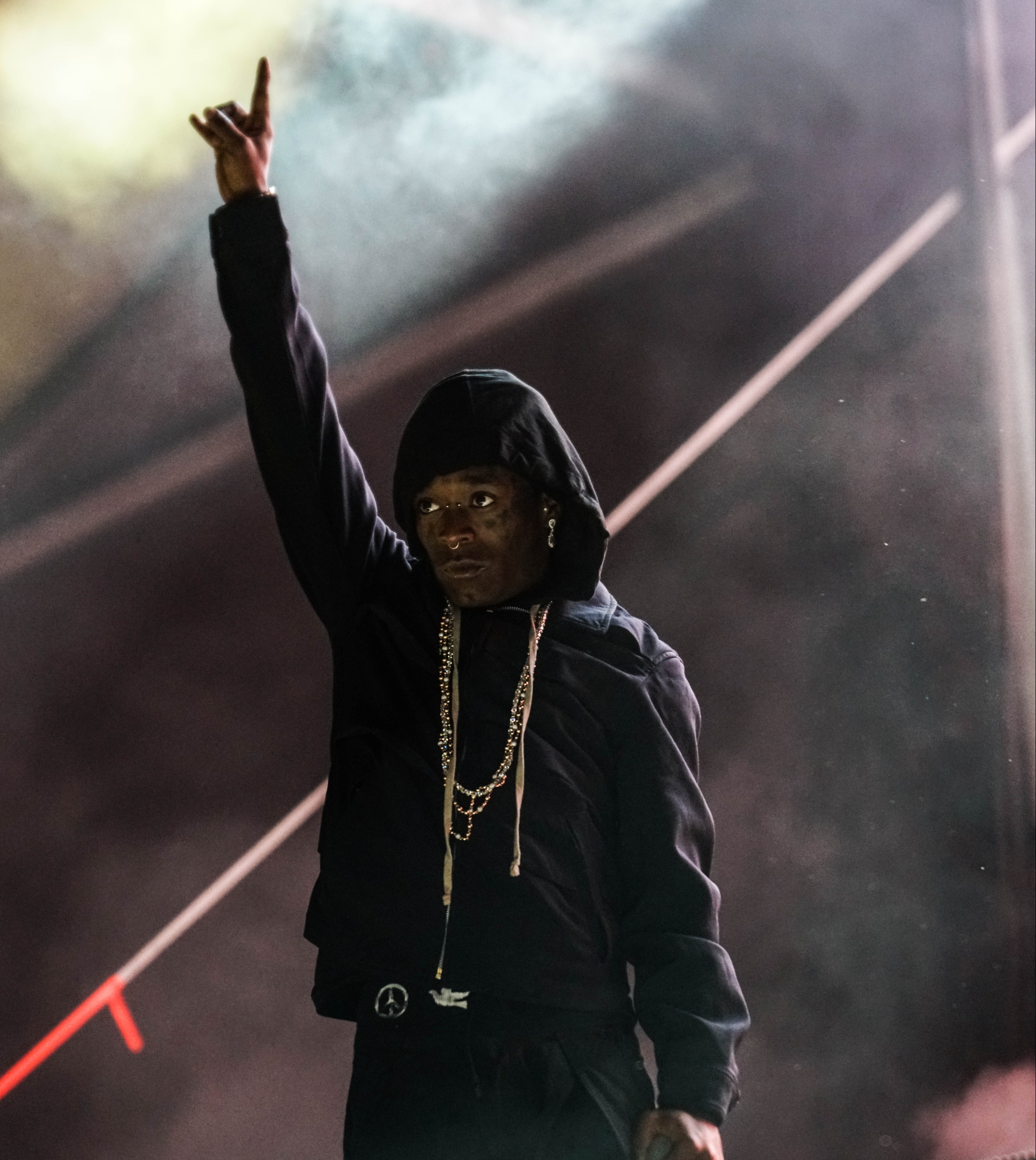 The crowd for Lil Uzi stretched out as far as you could see. His fans love him, and he loves his fans. At one point he jumped into the photographers pit to get closer to them — he put on a phenomenal show! 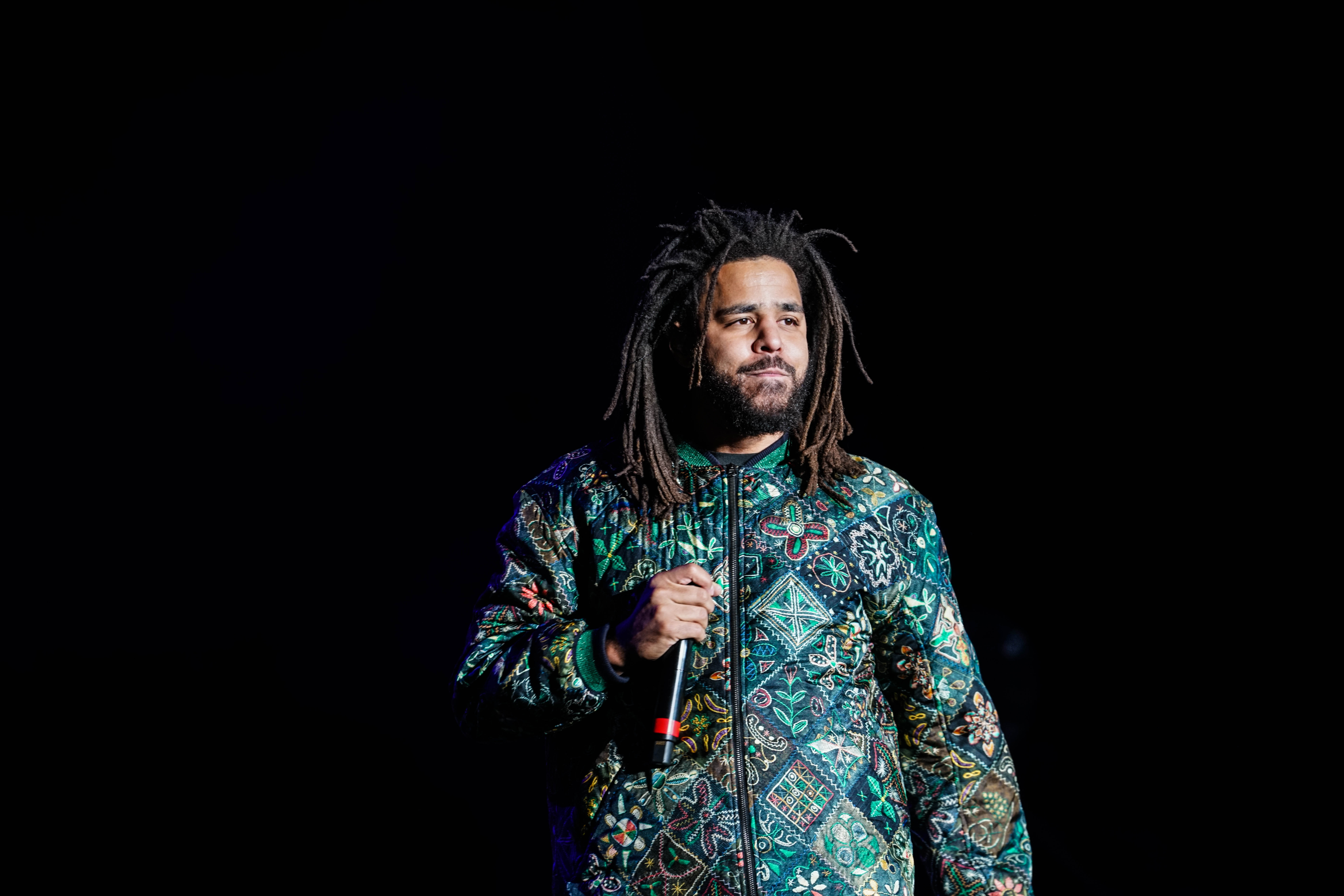 The highly anticipated act for day one was headliner J. Cole, who exceeded expectations. His set was centred around the theme of fall 2020 and campaigning. Just like at a political rally, posters were given out to the crowd. From the moment he opened the set with ‘Middle Child,’ everyone was screaming. As the set progressed  he brought out another North Carolina native Dababy, for their collab song off Revenge of Dreamers III. As the song cut, J.cole saluted Dababy as “one of the greatest MCs out of North Carolina and one of the best upcoming artists.” 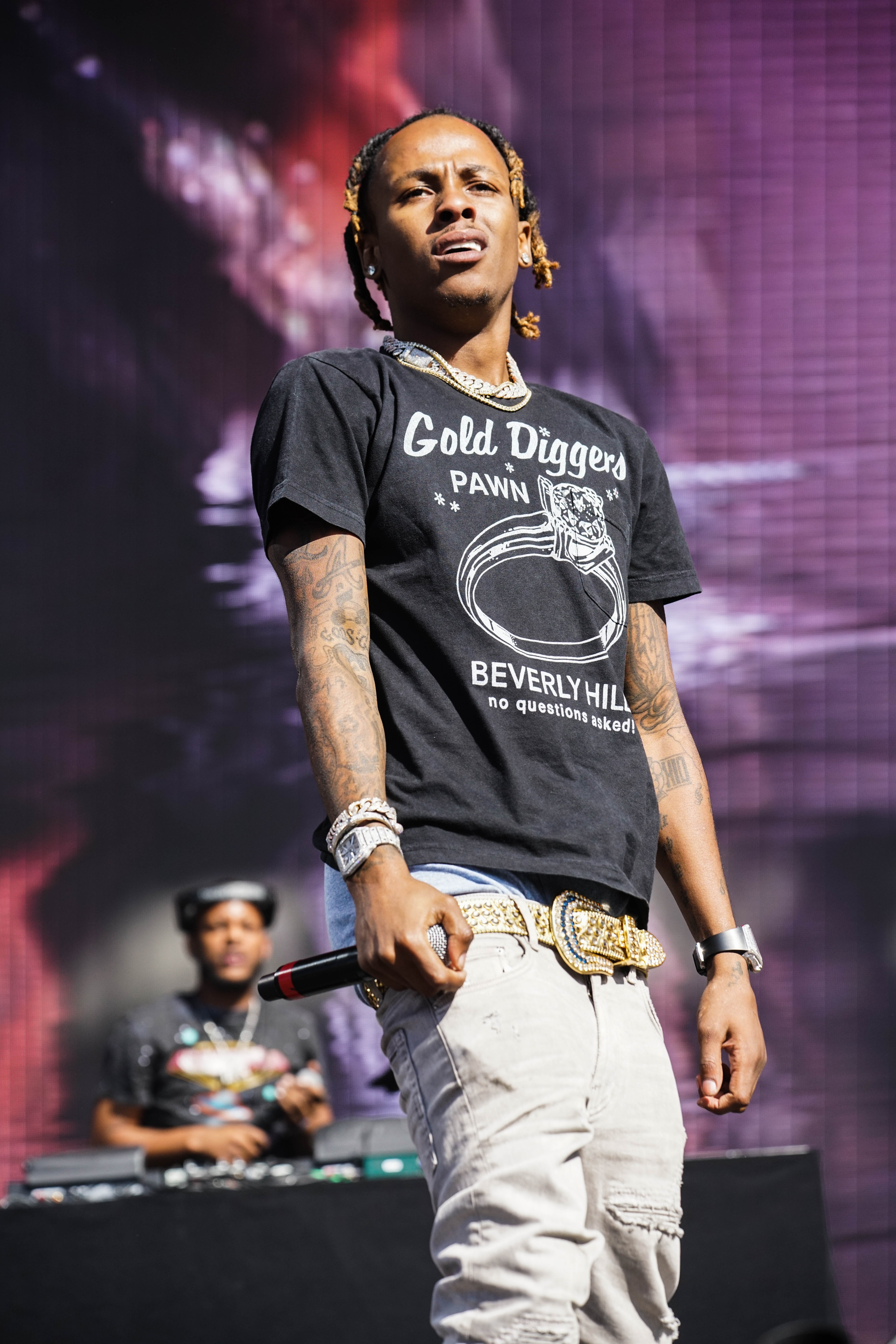 Day two opened with Rich the Kid and he had special guest Jay Critch join him on stage. 21 Savage also performed and brought a new set production him. For the opening, as the bass rumbled and built, the strobe lights started flickering and he rose from the bottom of a staircase. It was one of the coolest set productions of the weekend. 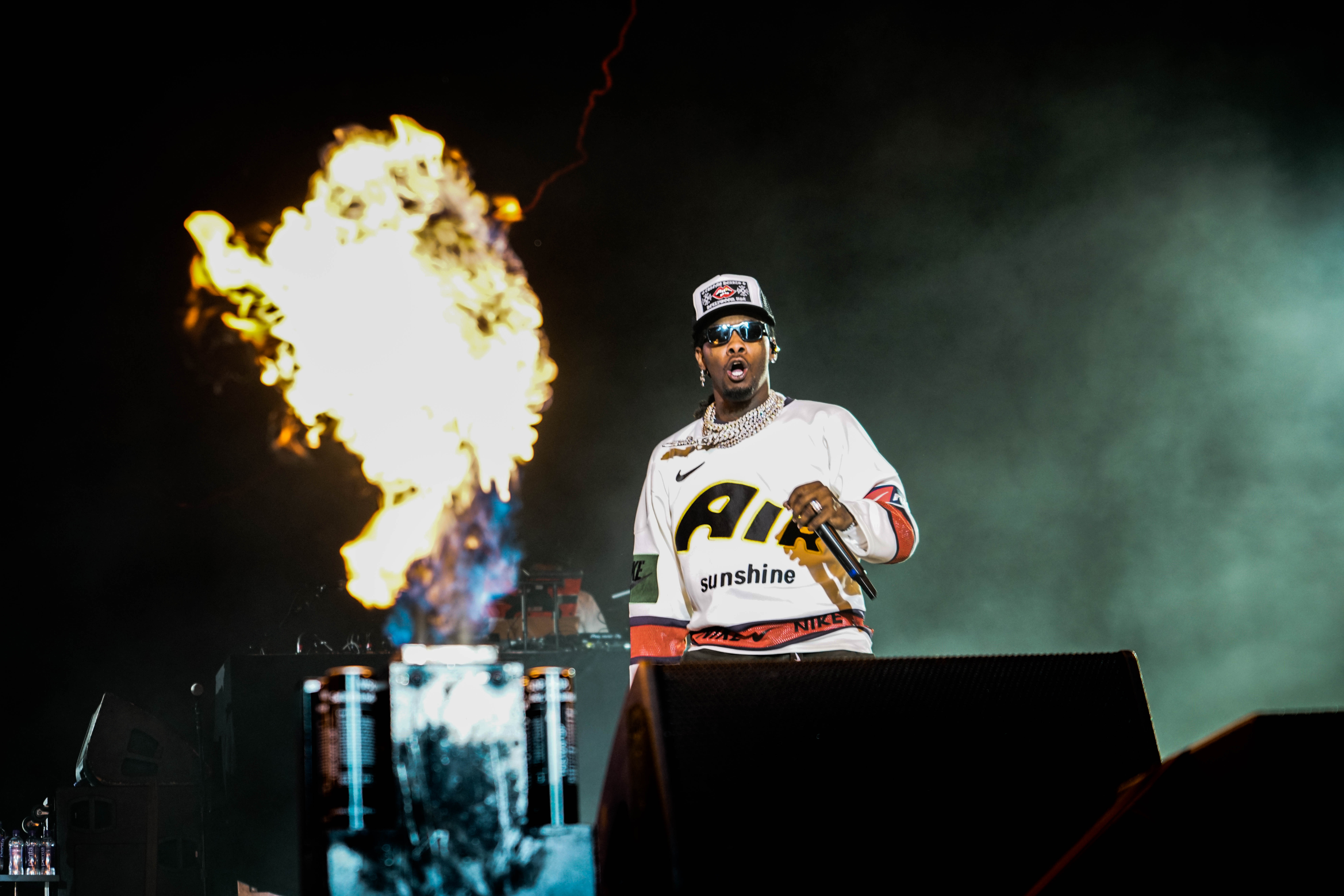 Migos took the stage with an exhilrating performance. All three of the group, Quavo, Offset, and Takeoff got the crowd to another level as they performed their hits like, “Slippery” and “Kelly Price.” 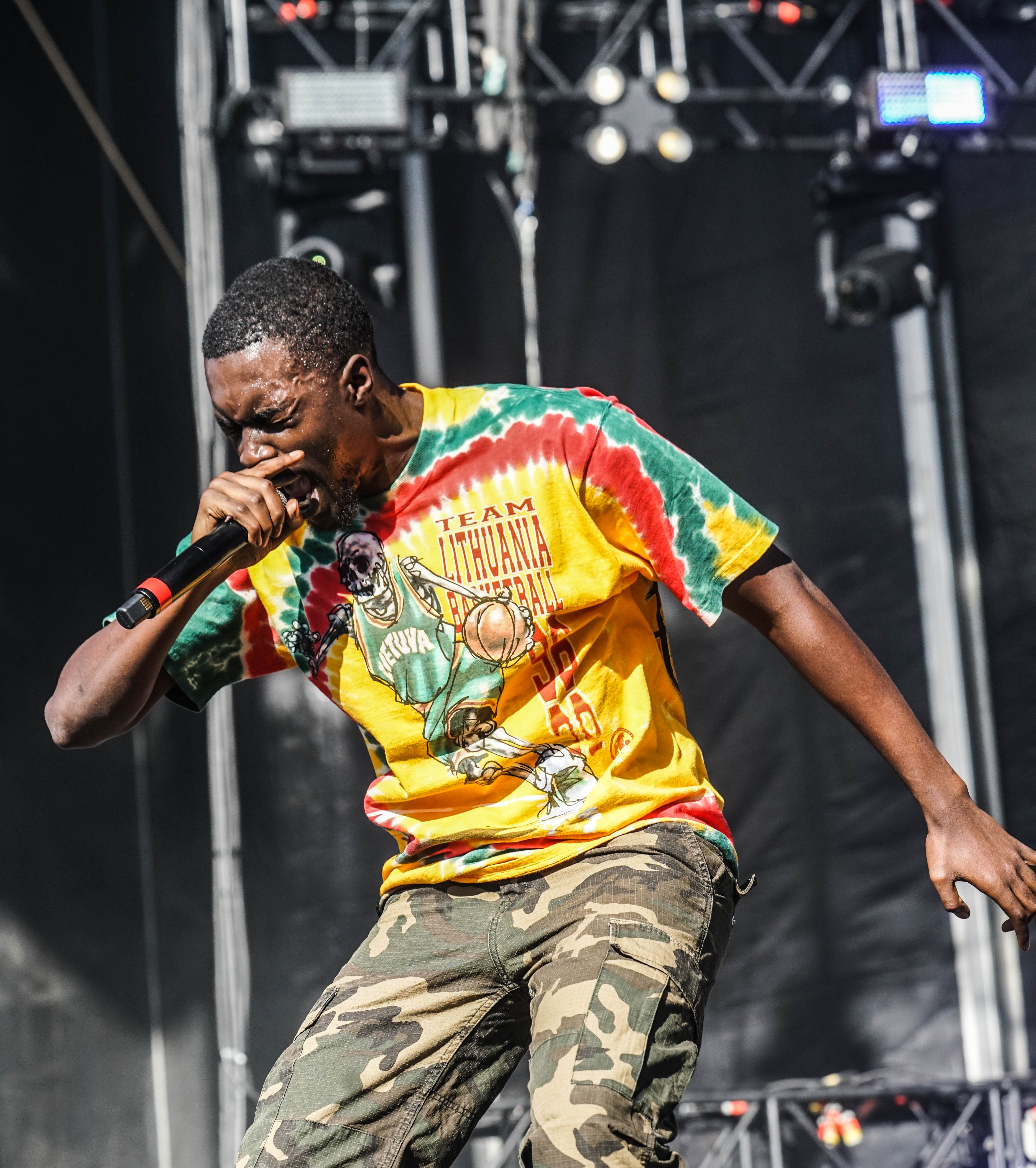 Sheck Wes from New York had a standout performance too. He’s signed with Travis Scott on Cactus Jack Records. At 21-years-old, Sheck Wes has made a huge impact. Whatever rap/hip-hop show you attend you will hear at least one Sheck Wes song — especially Mo Bamba. Although Sheck Wes may be newer to the stage, he really knows how to interact with the crowd. 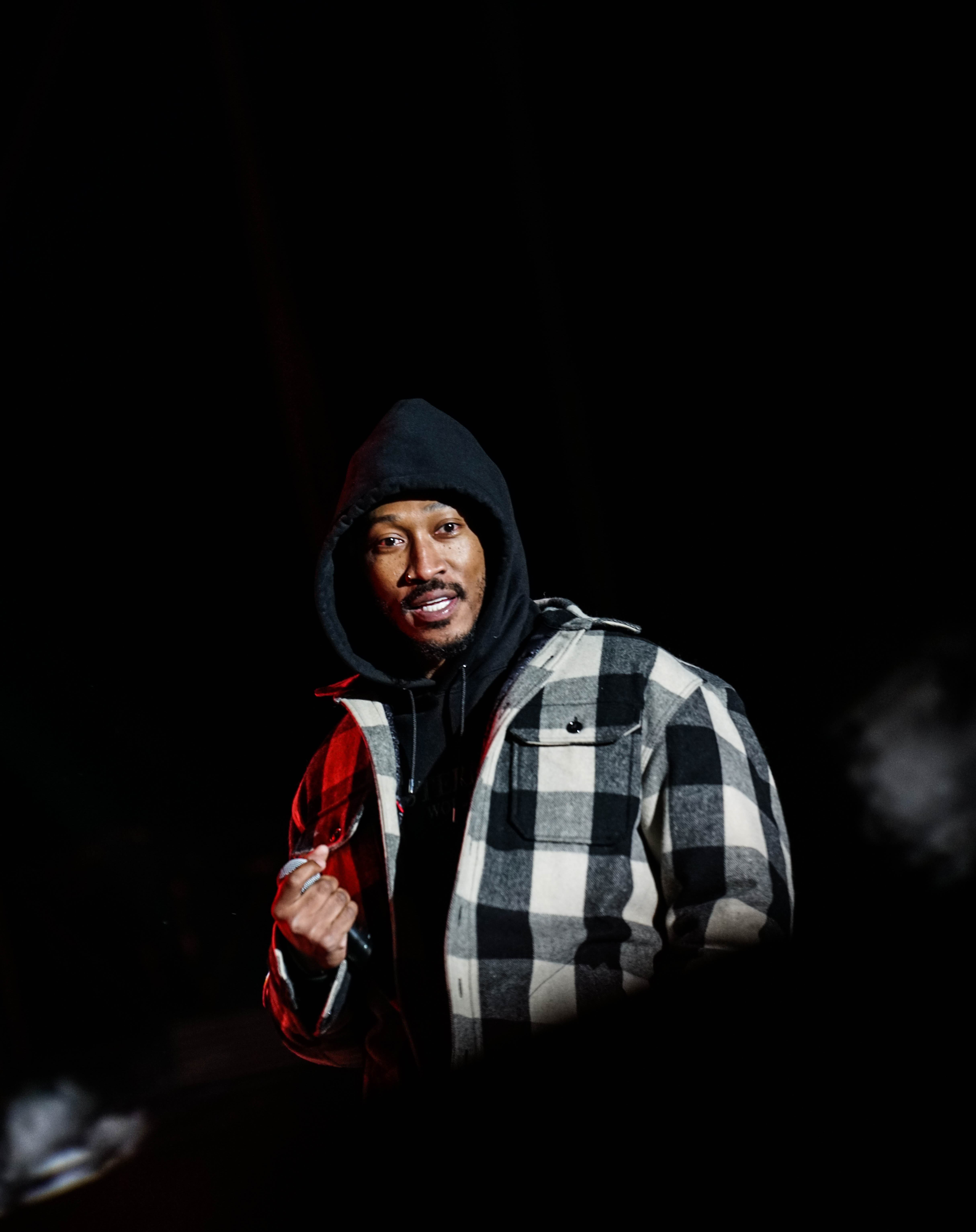 Headlining day two was Future X Metroboomin. They replaced Travis Scott who had to cancel his set. Metro started off the set with a crazy mix of some of his hits, including ‘Father Stretch My Hands Pt.1.’ Thirty minutes into the set, Future stepped on stage and the energy in the room was palpable. Future opened with one of his hit record’s and collaboration’s with Metro, “Mask Off.” Future performed one hit record after another and was one of the standout performers of the weekend. 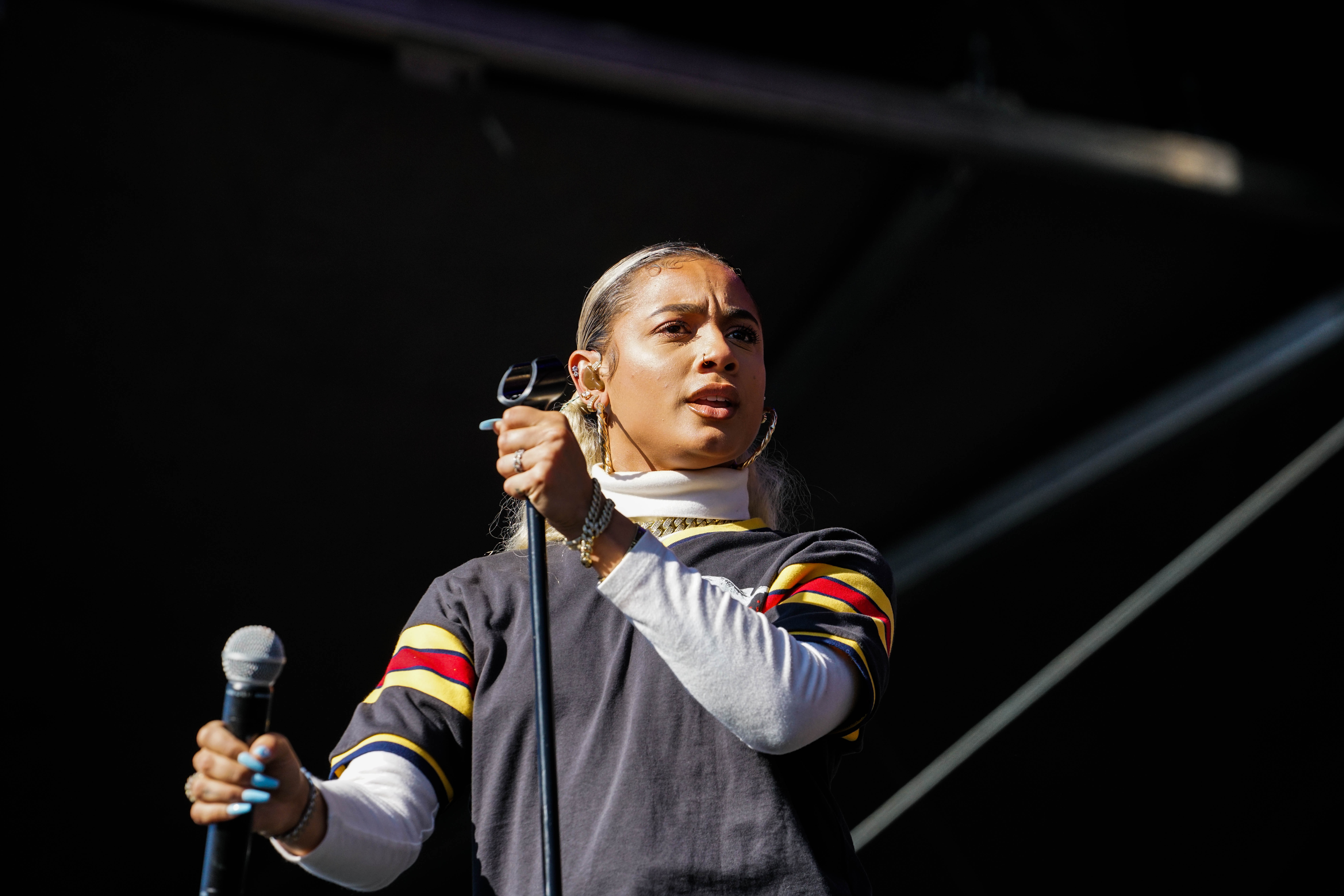 Day three started with Danileigh who is signed to def jam and is steadily making a big name for herself. From Chris Brown hopping on her “Easy” remix to her song “lil bebe.” Her music got the crowd moving. 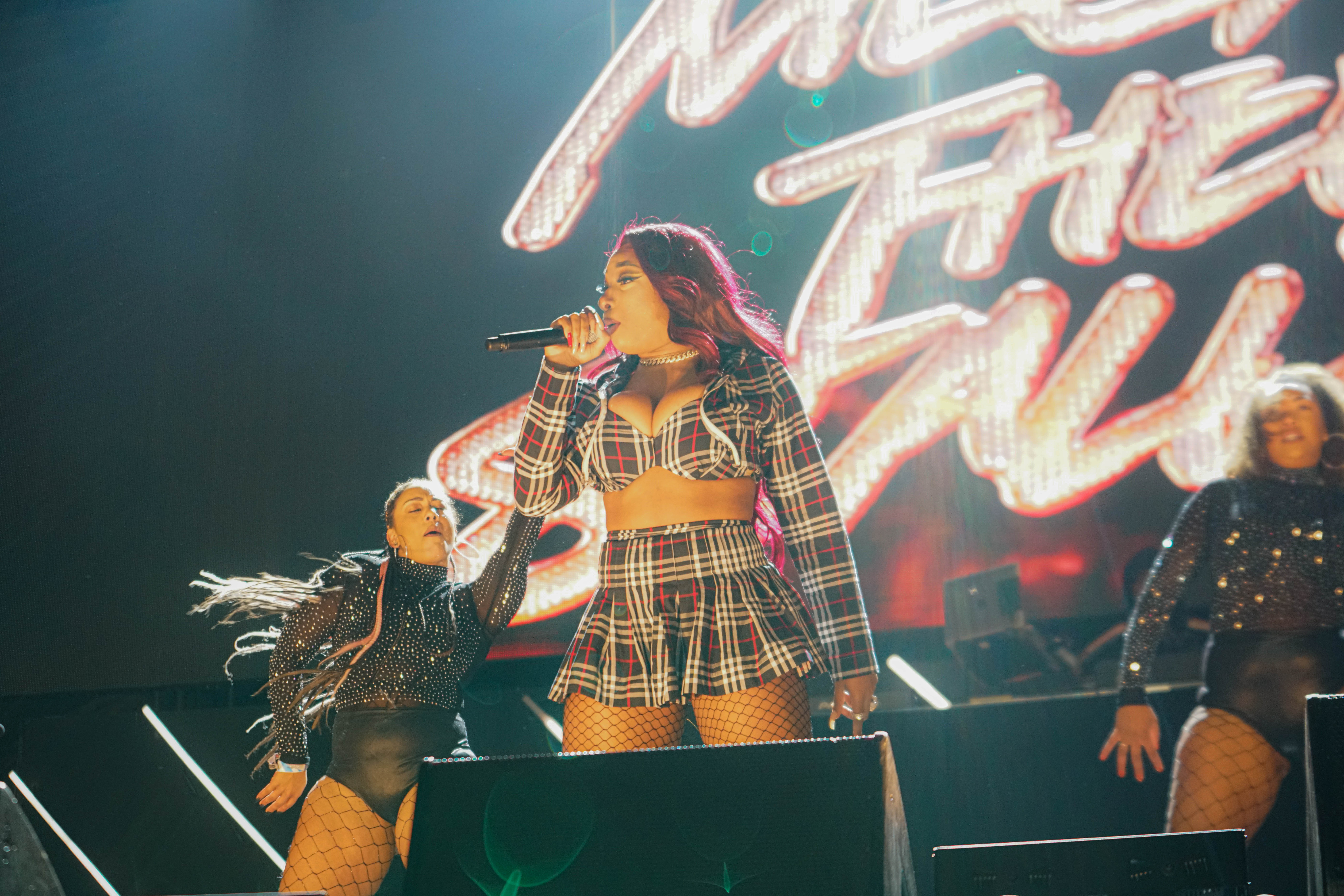 This past summer was a “Hot Girl Summer.” Megan Thee Stallion has really made a name for herself and pulled in the crowd to match. From the moment she walked out, she captivated the crowd and had everyone dancing. 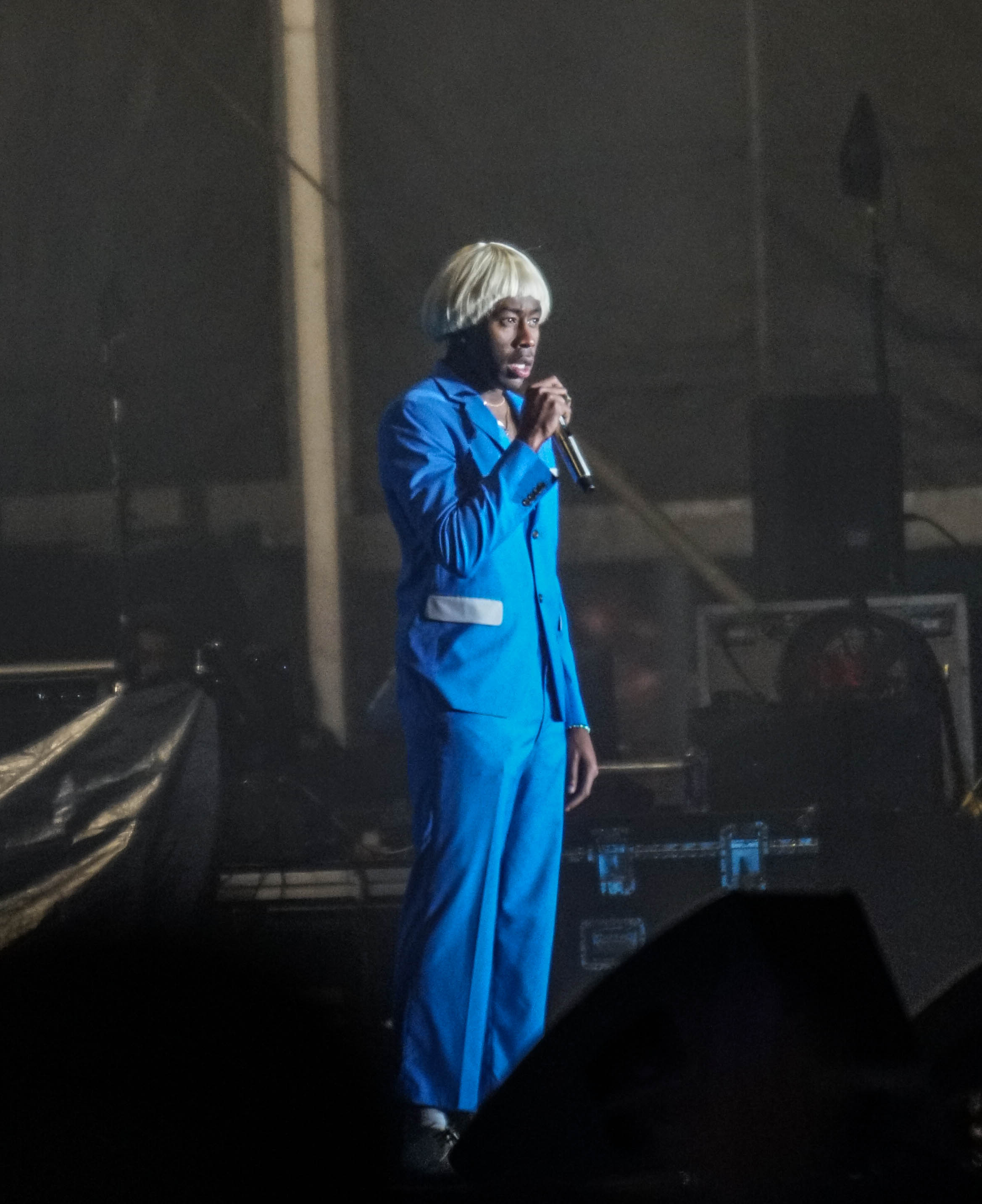 Tyler the Creator, was a co-headliner and his fans were ready to see him. Performing songs from his new album IGOR, in a blue suit and blonde bowl cut wig, with a big green curtain behind him and a spotlight. He went all out from start to finish. With his comedic ad-libs and talks between songs, he keeps the crowd drawn in the entire time. 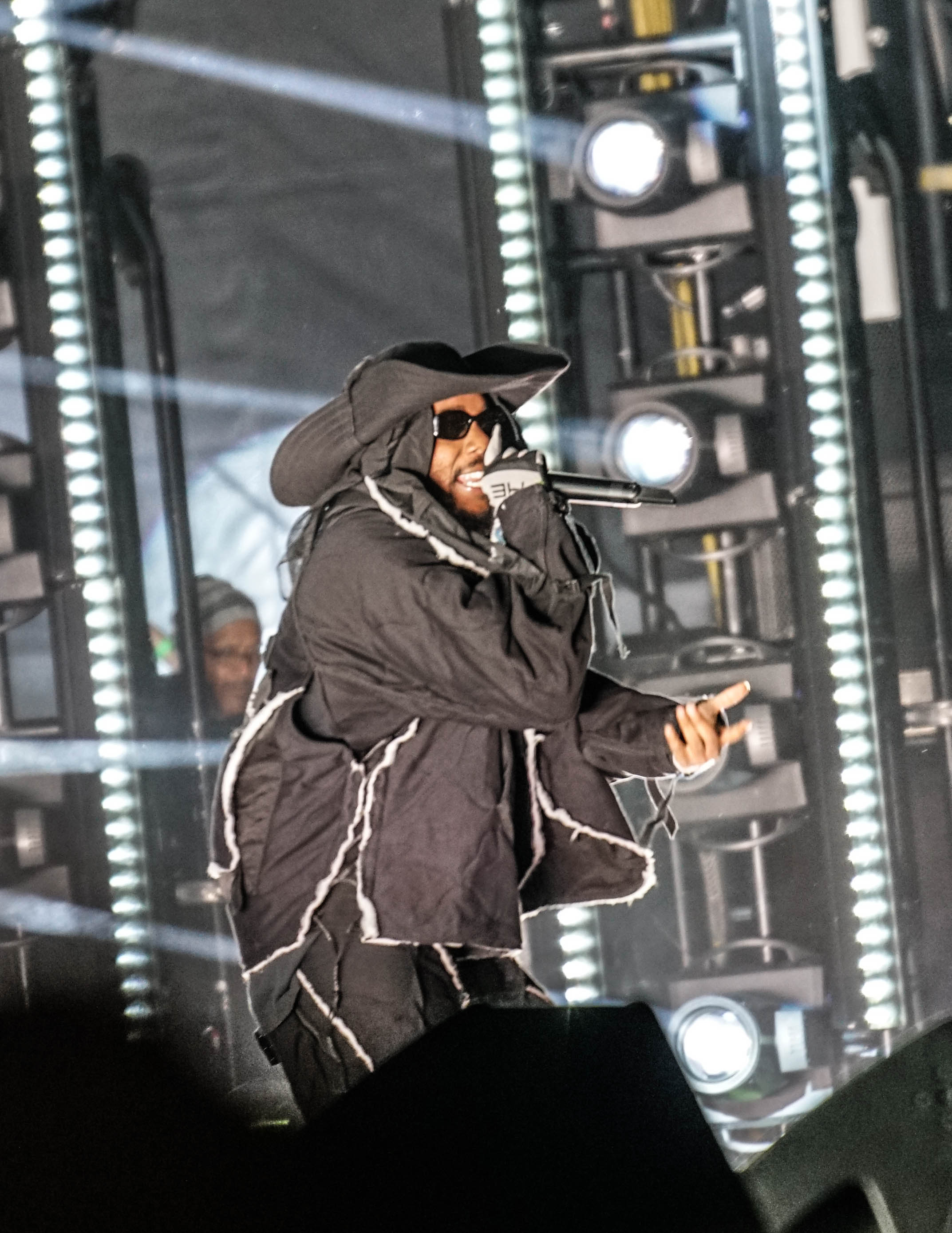 Closing out the weekend of the Inaugural Day n Vegas was Kendrick Lamar. Performing hit songs from his album Damn, such as “Element” and “Humble,” everyone was singing along the whole time. No matter if he’s producing a soundtrack for a movie or creating a Grammy nominated album, Kendrick is a master of his craft. It’s no wonder he’s recognized as one of the greatest rappers and performers in the game right now.

For more on Day N Vegas check out @daynvegas2019