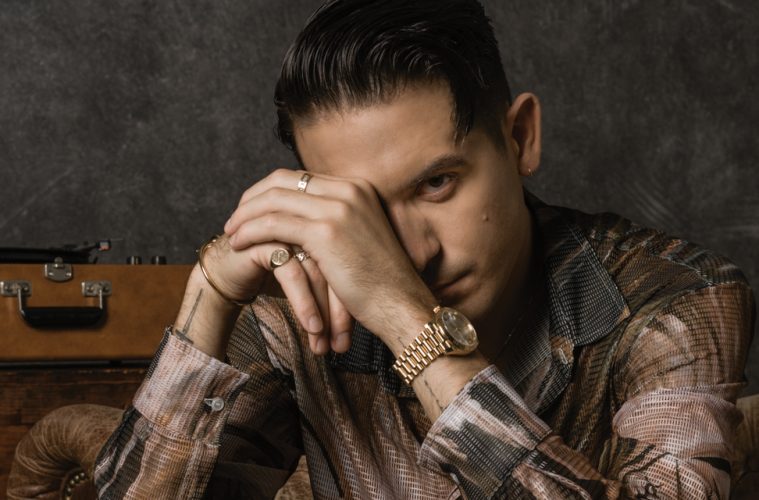 The Bay-Area rapper has earned every part of his success with unwavering tenacity. Raised in Oakland, California, G-Eazy, also known as Gerald Earl Gillum, has been building his career since he was a teenager making music in his mother’s basement. Now, the multi-dimensional rap star is carving out an original place for himself in the industry. 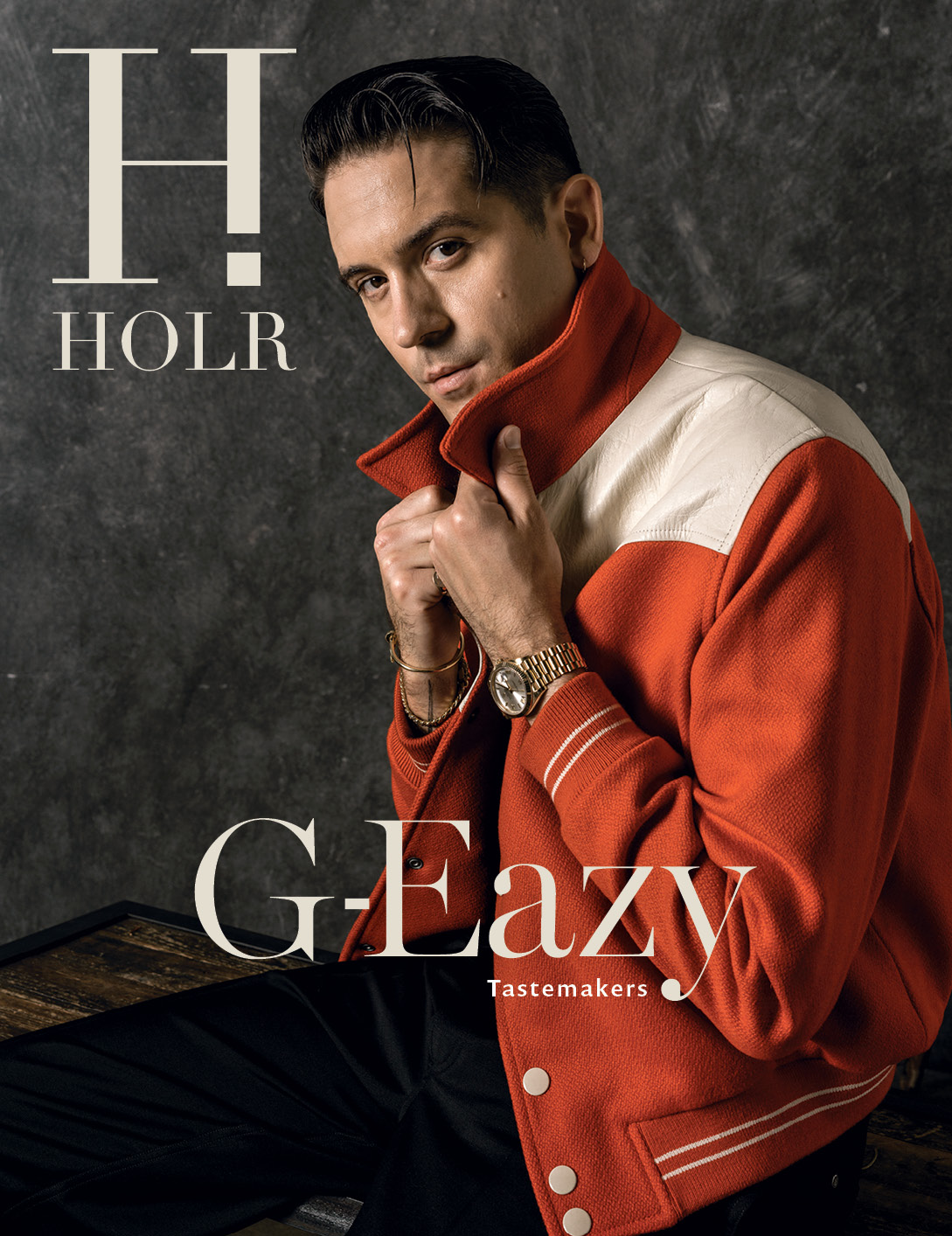 We shot G-Eazy, the Issue 12 cover star on a sweltering day in an LA Studio in July. The Rapper arrived on time, was extremely professional and a natural in front of the camera. His knack for fashion exuded on set as he showed an active interest in watching the editorial story unfold. A few months later I had the pleasure of chatting to G via a facetime call as we caught up about his fashion week travels, his activisim and his new EP, Scary Nights. 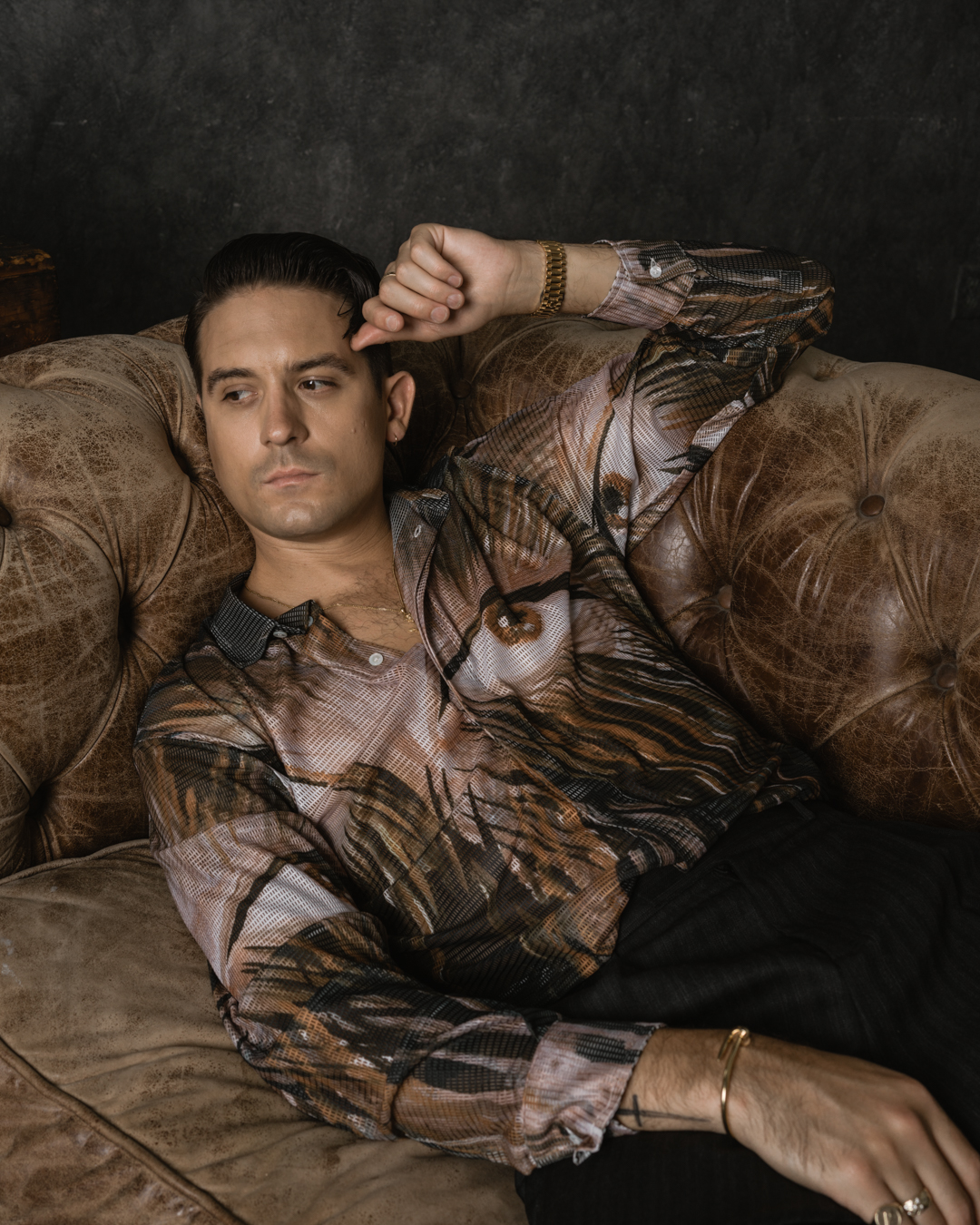 You’re currently working on a new album but just released a surprise EP this month (October). What was the inspiration behind Scary Nights?

I’ve been working on this album ever since about January, and it’s been one of the most prolific years I’ve ever had in the studio — I’ve recorded over 100 songs so far. So I wanted to have a creative way to release some more music that probably won’t be on the album.

But I still want it to see the light of day, and it should still reach the fans. October is my favourite month of the year, and a lot of my music stylistically has always had an almost Tim Burton-esque dark, October vibe. So I thought it would be cool to release a collection of songs that would fit that. 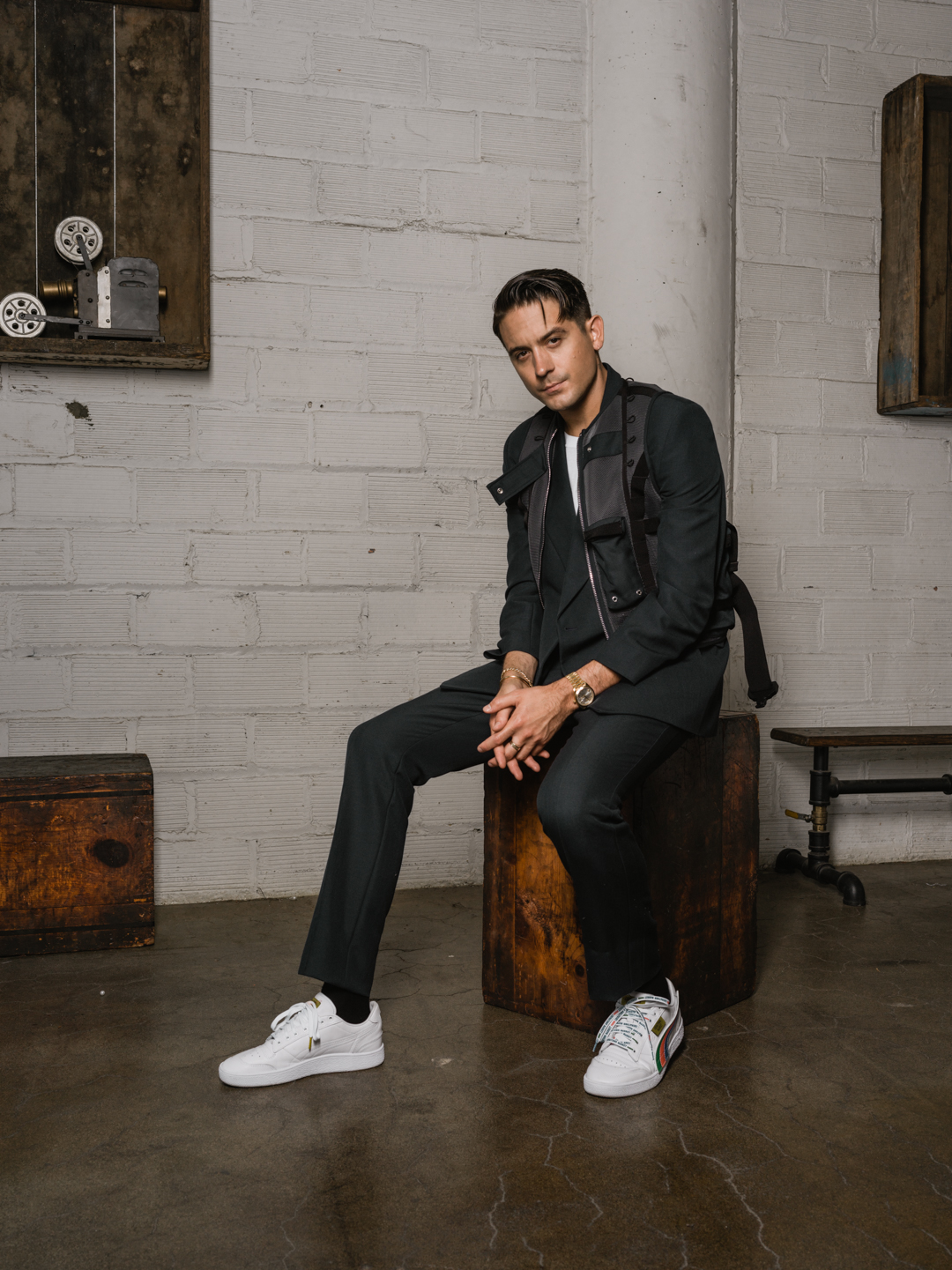 How do you navigate your personal relationships living in the limelight?

That’s a huge challenge because you kind of trade in your anonymity in exchange for success. It can be really hard to carve out a personal life without people in your business, especially when the music is as self-expressive and autobiographical as it is. Most of hip-hop is very autobiographical; it’s very personal. So whatever you’re writing about at the time is naturally probably something you’re going through at the time.

To read the rest of our interview with G-Eazy subscribe here and get a copy of the issue delivered straight to your door.

Or pick up a copy on stands at Chapters/Indigo, Shoppers Drug Mart, and Gateway Stands.