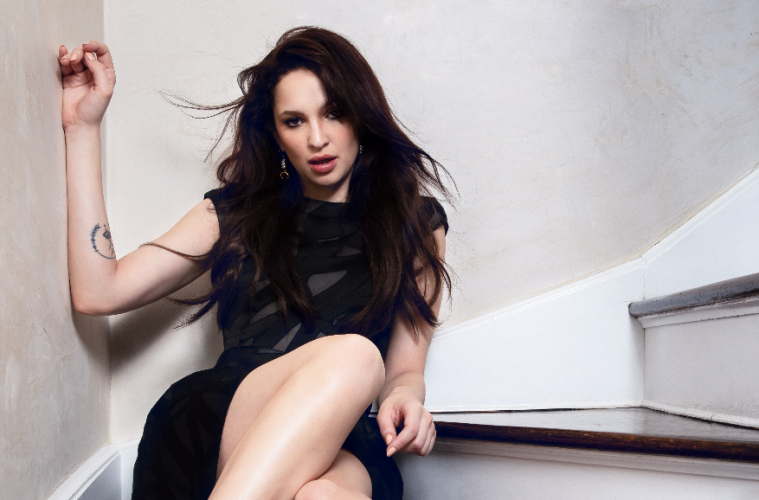 From drama to comedy, Ruby Modine has quickly become a rising star in the entertainment industry, landing roles in critically acclaimed films and prolific television series.

We chatted with Ruby about her career, aspirations, and thriller sequel “Happy Death Day 2U”, where she reprises her role as villainess nursing student Lori Spengler.

HOLR: How did you get into acting?

Ruby Modine: I got into acting by the way of spending so much time on set with my dad. I loved everything about it, and still do. When I was little, I would watch each department doing their part in creating the world that was the film and was so fascinated by it all. I knew where I wanted to be and what I wanted to be a part of.

H: What does your perfect Sunday afternoon look like?

Ruby: A perfect Sunday afternoon is a cabin in the woods, a fire place, pouring rain outside, banana pancakes, and buzz’s coffee.

H: If you could co-star in a film or TV Series with one person, living or dead — who would it be?

Ruby: I would co-star in a film with James Stewart.

H: What advice would you give to your younger self?

H: What are some challenges you’ve faced as an actress?

Ruby: Lack of Confidence. At a lower point, my confidence was lacking and I didn’t fully expose myself the way we are meant to in this line of work. It’s about expressing ourselves, being vulnerable and being comfortable with the fact that we are opening our hearts. We can’t be afraid to open up. I would often hide parts of myself because of that lack of confidence, but one day, I got tired of hiding and for that I am grateful to myself.

H: What can you tell us about “Happy Death Day 2U”?

Ruby: More humor, more horror, and lots of twists and turns that will leave everyone on edge and guessing!

H: What do you love about your character in the movie?

Ruby: I loved Lori in Happy Death Day for different reasons than the sequel. Because we are in a different dimension, there is a different quality in her character. A sweetness that we’ve seen but with a flicker of something new. Playing her with such a different personality was absolutely awesome!

While film and television are two of Ruby’s greatest passions, she also is an incredible writer and recording artist.  She released her debut EP with her band, Ruby Modine & the Disease (available now on Spotify and Apple Music) in November 2018. Check it out!

For more on fashion, lifestyle and culture, make sure to follow us @HOLRMagazine.